IHS fail. Got shocked through laptop? Ran into an issue yesterday 1/4 of the way through a cut, in which I lost Arc voltage which stopped my cut, after tinkering around I noticed the machine would cut for a couple moments and then shut off acting as if their was no ground. I replaced my consumables, and disconnected and reconnected all cables to plasma torch and usb/ thc connections. After this the table seemed to return to normal as i tested several small pieces, shortly after i ran a large cut file and it began failing 1/2 of the way through displaying IHS fail, the torch is not in the expected initial state before starting IHS cycle, ensure sufficient slack in your torch lead. I attempted to run the file from the most recent code line and the torch failed again, upon inspection of my connection to my torch lead to my plasma cutter i noticed pin 8 had seated incorrectly and bent the bracket it sits in. The torch still fires and the plasma itself is not throwing any error codes. THC light on firecontrol v20.4 is only on when metal surface in contacted by torch

However I suspect this is not the main issue to my problem, on several occasions I have been shocked through my laptop during cuts as it sits on the laptop stand. My laptop is connected to my charger as well as connected through USB to Langmuir control unit.

I will take video of the failed cut tomorrow if I continue to encounter the issue however below I’ve attached the torched lead possible connection issue I spoke about, any input on error code being generated as well as getting zapped through my laptop would be greatly appreciated.

First I would change the #8 pin socket ( call HTP for help if needed). You have a back feed going on in your wiring some were you really need to find it.

Yea giving them a call in the morning, for a new connection. However the “Shocking” issue ( Pun intended ) existed prior to the socket issue

The shocking issue is not good at all, you will sooner or later fry your computer or worse, yourself, you really need to track that down and remedy it. Looking at pin #8, it looks like it is stretched open and probably not making proper contact.

Yea im not crazy about the shocking either, any posts you can direct me to on where to start

On the Crossfire, the outer shell of the USB is grounded to the machine chassis, and therefore the computer is at the same potential as the machine. I’m assuming the Pro is the same, otherwise there would be a potential difference and YOU would become the electrical bond between the computer and the machine. Maybe Langmuir could throw some light on this, as I have no experience with the Pro.

@Jacob1 did you find out what was causing the shock? I also get shocked through my laptop occasionally. Doesn’t happen often but when it happens it will start to cut like crap. Doesn’t throw any error codes though.

i think it was my synthetic water table fluid gettin in the IHC and causing that to energize the frame. I added di electric grease between the contacts on IHC and some rubber matt under my labtop and no issue since. Hope this helps

I got zapped pretty good through my laptop last week too. I am using Plasma Green in the water table, my wiring is good and the shocking only just started. My laptop is plugged into the charger when it’s on the table, maybe the charger is providing a ground? I don’t have the balls to check it again…As long as my consumables are good it’s cutting good though, hasn’t had any effect on that as far as I can tell.

Try to install a 3 to 2 prong adaptor. The ground plug is supposed to protect the laptop user from being electrocuted.

I watched this video where this guy found his ground disconnected inside the transformer brick. 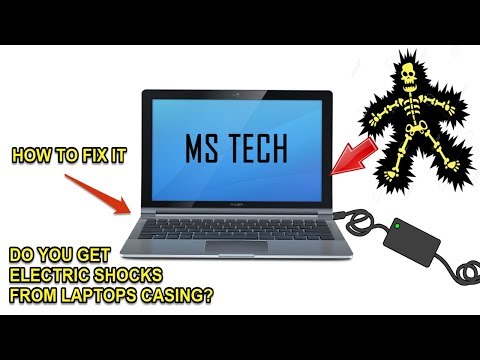 I should clarify, the shock I believe came from the laptop stand. When I grabbed it to swing it out of the way I had four fingers on the underside of the laptop stand and my thumb on the laptop. I’m not sure which shocked me but I felt like it was the stand. Also for informational purposes the torch was cutting at the time. I use this laptop plugged in 8 hours a day at work almost every day and have never been shocked by it except that one time while cutting and grabbing it and the stand to swing it out of the way so I could pick drops. I have the Langmuir laptop stand.

I wouldn’t worry too much about that shock. 100 or so volts at 40 amps shouldn’t be too much to deal with…