So about two months ago I hooked my Everlast Power plasma 82i to my Crossfire Pro table. I wired it up using the CNC plug that comes with the 82i. I’m using the raw voltage and trigger pins on the CNC plug.

The smallest tips I’ve run is the 1.2mm tips @ 65amps. You can get as small as .9mm tips that run at 30amps. Since the 1.3mm tips cut with a .055" kerf and can create great cuts in 11 gauge material I really have no reason to use the smaller tips so far.

My Everlast 82i makes my crossfire pro feel like a commercial grade machine. The machine torch is really great. I love being able to change consumables without removing the torch. If you’re looking to take your crossfire pro to the next level you’ve got to get the Everlast Power Plasma 82i.

People ask me how I think it stacks up to the Hypertherm Powermax 85. I don’t have a Powermax 85 and now that I’ve tried the Everlast Power Plasma 82i I can say that I never will. The Hypertherm cost $3,100.00 more. Overall you might be able to cut 5% faster if you spend the extra $3,100.00

Here is a direct link to the Everlast Power Plasma 82i CNC PAC. PowerPlasma 82i with CNC Package - Plasma Cutters | Everlast Generators

Here is a link to my unboxing / first cuts video. Is The Everlast Power Plasma 82i CNC PAC Worth it? - YouTube

I am a 62i user and have been for over 18 months…and I love mine.
what surprises me is the raw voltage pins on the CNC plug.
you are one of the very few who have had success with the actual pins for raw voltage.
maybe they have corrected issues with the pins…because I could not use raw or divided on my Everlast…

well first off the pins are crazy tiny. hahaha I had to buy a new soldering station to get it hooked up. (ok maybe I didn’t “have” to) I also noticed the polarity seemed to be opposite. I flipped the red and black going into the THC and it worked great! (I might have got my wires crossed) There must be a diod in the system because it will not work if you have them backwards. The LS THC test says the voltage is low but I talked to engineers at Everlast and they said it’s not low. It’s designed that way on purpose. They run different voltage / amperage ratios then some other cutters. There were a bit irritated that LS makes it out like it’s some kind of Error… Despite the LS THC saying my voltage was low I get really great performance. I get much more consistent voltage then I ever did with my Razorweld Razorcut 45.

I guess the ground prong creates a ground loop.

Oh yes it does!

I guess the ground prong creates a ground loop.

Yeah, something in the system does… probably isn’t the UL or CE approved equipment, but, WTH, if it works…

I agree. My Everlast 82i was a great purchase. I can also walkaway if I had to. It has worked flawlessly for me. Just hook up to raw voltage and your all set.

That’s awesome you’re 82 I is working so great. I almost bought a 102 I instead of my hypertherm PowerMax 85.
I watched your video too that quarter inch cut looks amazing.
I remember watching a bunch of your videos back in the day when I was waiting for my machine to come in.

I’m a little bit of a hypertherm fanboy, I used to run a everlast 60s on my machine.

I want to give hypertherm a little bit of a fair shake and comparison here though. 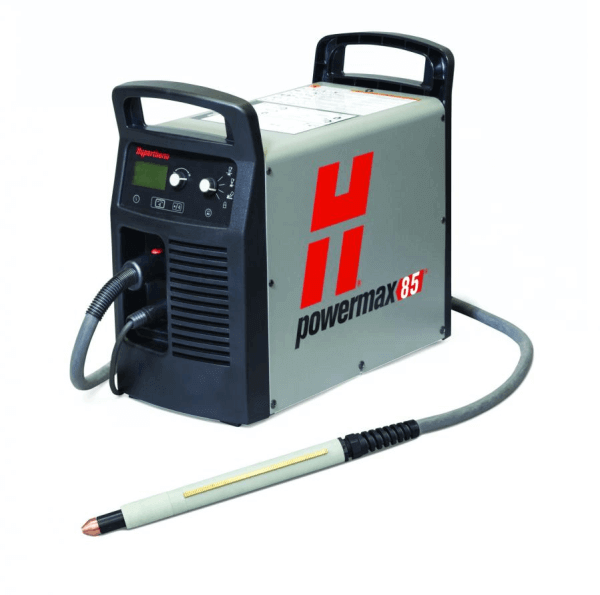 Ships FREE & fast to lower 48 from 1 of 5 stores/distribution centers in WI & IL. Buy used/display model for sale or purchase new at minimum price.

But this might be an unpopular opinion but they’re not comparable. you’d be way better off comparing the everlast 82i to the hypertherm powermax 65. 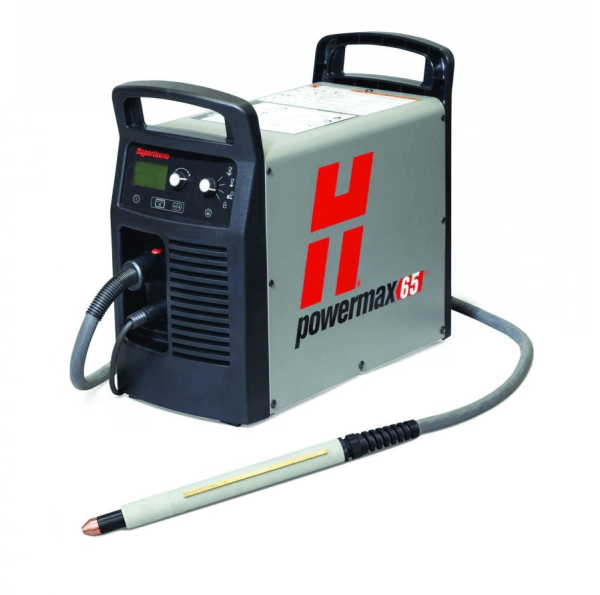 The Hypertherm Powermax 65 Plasma Cutter is available online at Welders Supply. Shop for plasma cutters and other welding accessories from Hypertherm today.

If we’re comparing inches per minute from the everlast 82 I to the hypertherm 85.

The everlast you’re running at 100 inches per minute at 75 amps.

Depending on whether you’re doing production speeds or best quality speeds on the hypertherm you’d be running 130 to 160 in per minute but that’s at 85 amps.

If you decided to run that same machine at 65 amps it would do quarter inch at 90 IPM to 116IPM.
So at 13% less amps it will do pretty well at the same speed.
This kind of affirms that it’s more comparable to the PowerMax 65.

For the money you’re not going to get better than that everlast 82 I but saying it’s 5% difference to the hypertherm 85 is a big stretch. It’s more like 40% faster if you take into account the amperage difference but it is triple the money.

And thanks for producing those videos I enjoyed the new one from today and the ones you’ve done in the past.

Fair enough. You make a very strong logical argument. I 100% agree the Hypertherm is the king of Plasma.

For my dollar bills I will have to settle for a member of the royal family. lol

Originally I purchased the 82i because I was going to only run it at 65amps as the 82i is rated at 100% duty cycle at 65 amps. I turns out that I can do a ton of cutting at 75 to 77 amps without any thermal issues. The only reason I’m not maxed out at 85amps is I’m worried about the duty cycle.

But this might be an unpopular opinion but they’re not comparable. you’d be way better off comparing the everlast 82i to the hypertherm powermax 65.

I guess if you want and Everlast comparable to the Powermax 85 you could get the Everlast Power Plasma 102i CNC Pac for $1,807.00
https://bit.ly/3smjYtL

I almost bought a 102 I instead of my hypertherm PowerMax 85.

Yes it is more comparable to the 85. it’s the reason I almost bought it instead of the PowerMax 85.

I’m definitely all for everlast, for the price point it’s hard to beat.

Hello, Happy to hear things are working for you. At your convenience can you please share how you wired the Everlast Power plasma 82i to the Crossfire PRO torch height control. I discovered that my Thermal Dynamics plasma cutter cannot we hooked up to the THC. Based on your success I am going to purchase a Everlast Power plasma 82i.
Thank you,
Rene

I decided to make a video covering this question as I get asked this a lot. Here is a link to my YouTube video that explains the 82i wiring.

Thank you so much for your plasma specific review. I have the 102i and love it. I am very new to using the crossfire pro event though I have had it for 2 years. Probably have not cut 100" total

Also, I purchased the mache torch from Everlast. When I first set it up it worked great. With subsequent program updates it is no longer firing. My hand torch works great. Kind of odd.

I’m just hooking up my XR with a 62i. Not getting torch fire out of fire control… Test fire turns on air out of plasma unit, but no plasma fire. I wired into cnc port with pins 1&2 for torch on /off. After reading up and watching the YouTube video above, I’m going to switch to raw voltage on 5&7. Using 50:1 div on pins 4&6 now.

Don’t get why it’s not firing though. Brand new unit, Machine torch… Any ideas from you guys?

Great you have it hooked up.

Sometime if the machine torch is mounted too high in the torch mount in can distort the torch
body so the plunger becomes stuck.

any on screen errors? Or everlast error msgs?

Raw voltage is definitely the way to go with everlast.

Raw voltage from inside the plasma cutter. Do not use pins 5&7 it doesn’t work well.

Is your torch turned on or is it locked off?

All good now. I had the clamp on the lower part of machine torch. Changed the THC leads to the PV and it’s all set. Loading up 55 gal. of plasma water now…

I’m looking at the 82i for my new Pro. What amperage breaker are you running with that. I’m putting in a new circuit for it so I want to make sure I don’t under-power it. Thanks.