What is a good way to plasma cut a point to use as a center punch?

Search on center point you will find a lot of posts here’s one.

I have seen somewhere (I think on this forum) A link to a video where a guy demonstrates setting up a “centerpunch tool” where it just cuts a small dimple rather than piercing through. Just a small dimple. Here’s a link to the video Plasma Center Punch training video - YouTube

SheetCAM has a build in tool option for center marking holes.

Fusion 360 is more manual but still an option. I am hopeful that Fusion 360 a more automatic option to the manufacturing space soon . 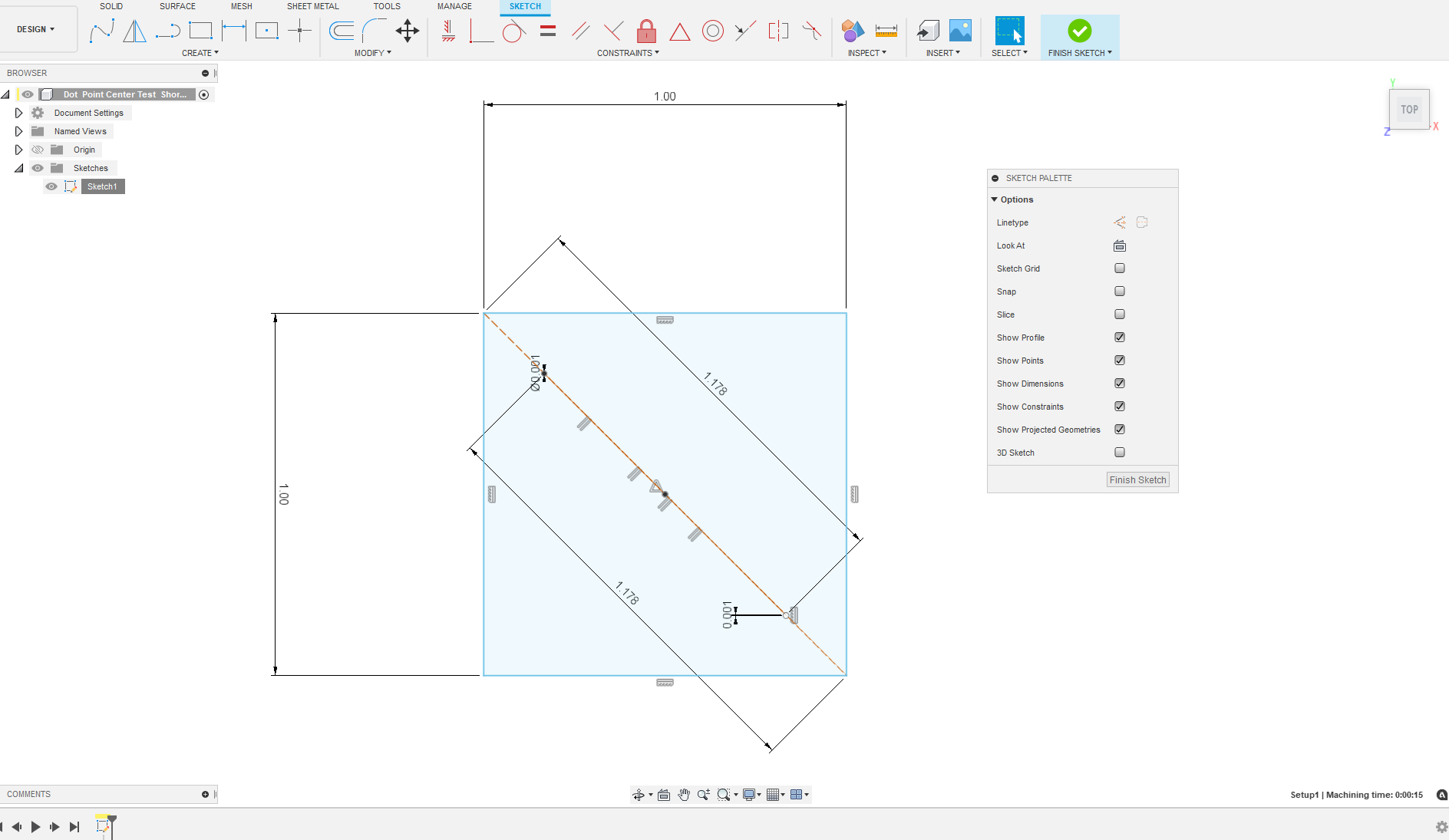 It is a simple extra click/option in CAM environment , when you just want to MARK a point with plasma/laser cutter, right now it is not possible. You can only choose a contoure and it will generate a cutting path, and than works fine. But since I...

Hey Tin, what if you’re using F360 for design and sheetcam for CAM what do you need to create in F360 to have recognizable “points” for sheetcam?

what if you’re using F360 for design and sheetcam for CAM what do you need to create in F360 to have recognizable “points” for sheetcam?

A hole. Once you export the DXF or SVG, SheetCam uses the center of the hole for a drill operation. That’s the beauty of the SheetCam ‘method’, you don’t have to do anything special with the design.

I guess I have to play with that now that I understand it a little better. Sounds like when you bring the file into sheetcam you tell it to use points to drill and then you move the holes you want center punched to their own layer and create a drilling operation with the center punch tool created per arc light. Sound right?

yup. you’ll notice in sheetcam that the holes will have a crosshair in the middle. you’ll click on the contour button then select the holes, place them on their own layer then drill/centerpunch operation.

Make sure that’s the first operation so it’ll centerpunch the holes first then continue with the rest of the design.

In the Arclight video it talks about using M01 to pause the job between those operations, does Firecontrol recognize M01?

F360 for design and sheetcam for CAM

Myself I would not bring any CAD into sheet cam because I wouldn’t want to lose any of my parametric connection from my CAD to my CAM.
The downside is that I don’t get access to a few of the options that sheetCAM offers like center mark.

The huge upside in my mind as I get to keep my parametric connection.

no need to add a pause.

So you use the same amperage for the whole thing? That’s why they put the pause in was to bump the amperage back up.

i use the same amperage. you can set the pierce delay as well so you can either have just a “peck mark” or have it drill thru the material with a longer delay. I have mine set to minimum delay so it just does the peck then i drill the actual hole after.

I think I have it all set in Sheetcam other than pierce delay which I’ll just need to test out. Now I just need UPS to drop off my machine! I have learned a lot from you guys so far. I feel like I’m ready to make a couple of cuts from the software side. Now I need the hardware! Thanks for the help!

I used to use a lower amperage and a fine tip (in which case I did use an M01 to pause to change tips) but found that using the same tip as cutting, but with a very short pierce delay and mid-level ‘cut’ height (0.093") yielded a peck almost as good as the lower amperage one without the complication of stopping to change the tip after all the ‘drills’ are done.

Note that I use the Mach3 control so M01 worked fine, I have never seen an answer to whether FireControl responds to an M01 command.

Yep that’s basically it. I’ve played around with that function a bit and it works just fine. The first pierce for the punch operation seems to be slightly longer than subsequent pierces on my Miller 375 Extreme so I had to tweak the settings a bit but it’s pretty straight forward. Nice option.